About David Jasperson, Founder/CEO of Jaspercussion 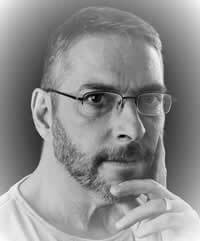 The youngest of four siblings, I grew up in a single parent home. My mother is my inspiration.

I started formal percussion education in the 5th grade (1974) and continued through high school – jazz band, concert band (drum major), orchestra, jazz ensemble, and a three man progressive rock group “Strangulon” circa 1982. In 1983, I was selected by the Spokane Jazz Society to perform with them as a member of the All City Jazz Band.

After graduating high school in June 1983, I was employed at Dicks Hamburgers in Spokane, Washington and also delivered morning papers to pay rent at the “Strangal” house.

Then in October, 1983 an event occurred that would change my life to this day: the sucide bombing of the Marine Barracks in Beruit, Lebanon. As a paper delivery boy, I continued to read the headlines until the final Marine sacrificed reached 220. Something inside me said, “They gave their life. The least I can do is four years”. So I enlisted in the United States Marine Corps in 1984 and served nine years as an Avionics Technician, Harriers.

I moved to Colorado in 1993 to earn my Airframe and Powerplant certificate at Colorado Aero Tech. While at school, I worked as a CNC machinist where I designed the first concept of the Cymb Siz.

I still reside in Colorado, and am an Avionics Technician at Sierra Nevada Corporation, Dream Chaser program.

And here’s why all of this is happening:
I have a granddaughter, and with that comes a bucket list.